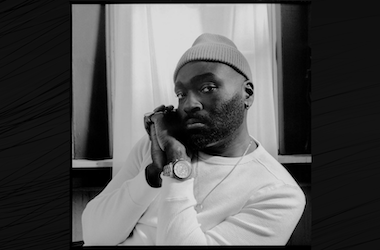 Black, queer, rapper, librarian Roy Kinsey is back with the follow up album to his critically acclaimed album Blackie: A Story by Roy Kinsey, with an album that is a meditation and a coming of age, for young black queers. This performance will be live streamed with the Garfield Park Conservatory as the backdrop. Register to get the link.

Chicago born and raised, Roy Kinsey is a bit of an anomaly when it comes to tradition in his respective industries. where being a black, queer-identified, rapper, and librarian may be an intimidating choice for some, Roy Kinsey’s non-conformist ideology has informed his 4th album, and self proclaimed, “best work yet,” Blackie: a story by Roy Kinsey. featured in and on major local, national, and international publications like Billboard, NPR, WBEZ’s Vocalo, the Chicago Tribune, WGCI and the RedEye, his “deft skill for storytelling,” is proving to have wings like the “flying africans” of old that he raps about on his latest project. Kinsey’s latest video BSAYF, exploring black queer identity and spirituality, premiered at the Museum of Contemporary Art (MCA), the Art Institute of Chicago, the Harold Washington Cultural Center and the Dusable Museum. he has shared his lyrics on the stages of Lincoln Hall, Logan Square Auditorium, Wild Hare, The Shrine, and Soho House, and has recently done a series of performances/exhibitions with the Chicago Public Library’s seasonal book and theme programming of race and music, One Book, One Chicago. his professional development in librarianship has fueled his desire for self examination and then reporting his findings, in rhyme. he intends and believes the success of his present and future creative works will touch the hearts of many because it comes from the heart. Roy Kinsey is a librarian in the Teen Services/Youmedia department for Chicago Public Libraries.

The program is sponsored in part with grants from: