Side by Side with the Chicago Philharmonic at Garfield Park Conservatory 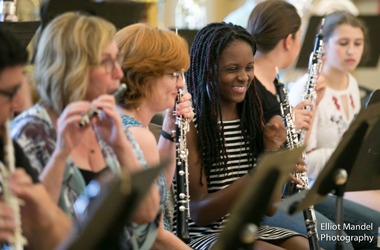 This program, presented through the Chicago Park District’s “Night Out in the Parks” initiative, brings side-by-side symphonic concerts to Chicago parks in local communities. Students and community members are invited to bring their instruments and collaborate with Chicago Philharmonic musicians in rehearsing and performing free concerts for members of the community and the general public. This initiative launched in 2015 with events at Ping Tom Memorial Park in Chinatown and the Columbus Park Refectory in the Austin community. In 2016 we expanded to Humboldt Park and in Summer 2017 we performed at South Shore Cultural Center for the first time.  Learn more.

To join us in the audience for the concert, no tickets are required.  Details follow:

Sunday, December 3, 2017
Horticulture Hall
1:00 PM – 3:00 PM – side-by-side rehearsal
4:00 PM – Side-by-Side Concert
Please note: Horticulture Hall, where the concert will be, will have limited seating. There will be some standing room. The Conservatory will also be open and free to the public throughout the afternoon.