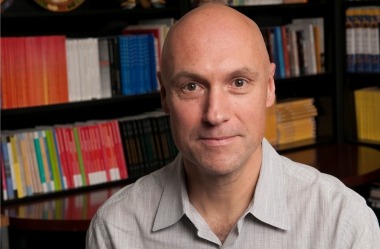 Due to the Cubs Trophy Tour, this lecture is being rescheduled to Wednesday, September 13th.

2nd Wednesday Lecture: The Green Revolution and the Americanization of Foodways in Mexico

Presented by Chris Boyer, Professor and Chair of History, Professor of Latin American and Latino Studies at the University of Illinois at Chicago

This presentation describes how the so-called “Green Revolution” transformed and Americanized the production and consumption of food in Mexico. The Green Revolution resulted from efforts by American philanthropic organizations such as the Rockefeller Foundation and of Midwestern agronomists including Nobel-laureate Norman Borlaug to improve the productivity of corn- and wheat fields through the use of irrigation, pesticides, “improved” crop varieties, and massive amounts of fertilizer.

I will show that this initiative had moderate success in increasing wheat and corn production, but at significant ecological and social costs. While initially aimed at peasant producers, Green Revolution technologies ultimately favored commercial producers over peasants, accentuated resource conflicts, and facilitated the “Americanization” of the Mexican diet: It favored the rise of packaged white bread and ultimately of corporations such as Bimbo (now the world’s largest commercial bakery); of processed corn flour and ultimately corporations such as Maseca (now the world’s largest producer of corn masa for tortillas); and of the consumption of processed foods such as sugary soda, fast food, and what Mexicans call comida chatarra, i.e., pre-packaged junk food. The result, I argue, is that in 2010, the same year that the United Nations declared Mexican cuisine an intangible cultural heritage of humanity, Mexico also ranked as one of the world’s most obese nations and largest consumers of Coca-Cola, even as approximately one third of its citizens suffered from some form of food insecurity.

The presentation will conclude by discussing possible solutions to this situation and how we, as Chicagoans, might help.