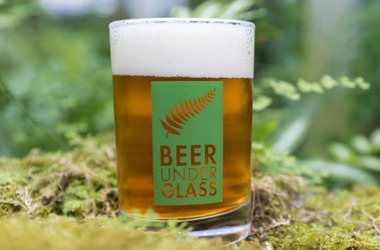 Join us for the kick-off event to Chicago Craft Beer Week!

Celebrate the continuation of warm weather with our 8th annual Beer Under Glass! This year’s Beer Under Glass will again be brought to you by the Garfield Park Conservatory Alliance (GPCA) in partnership with the Illinois Craft Brewers Guild.

Enjoy the Conservatory’s eight indoor display houses and outside gardens after-hours as you sip on samples from over 200 craft beers in your souvenir glass. Beer Under Glass is a fundraising event benefiting GPCA’s programming and mission while celebrating Illinois craft beer. Ticket sales and GPCA memberships support GPCA’s mission to change lives through the power of nature and connect people to plants.

NEW THIS YEAR:  food will be available for purchase from some of Chicago’s favorite food trucks!

Food has always been an important part of Beer Under Glass, so we are trying something new in order to serve our guests more effectively. This year we’re working exclusively with Chicago food trucks to provide food during the event. Food trucks will offer food for sale to guests cash or credit. VIP ticket holders will receive $8 in food tickets to redeem throughout the evening. Food items will be priced at $6, $8 and $10 options.  Important note: We do not have an ATM on site at the Conservatory.

Interested in ticket packages?  Check out our sponsorship opportunities here.  For further questions and information about our exciting sponsorship benefits, contact Barb Carney, Development Director, at bcarney@garfieldpark.org or call 773.638.1766 x 33.

Thank you to our 2017 Beer Under Glass Sponsors!