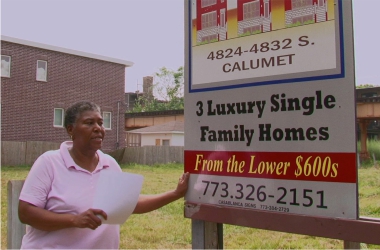 Best of Black Harvest – West: Screening of Blueprint for Bronzeville

Blueprint for Bronzeville: Old lots, new documentary: Chicago’s Bronzeville neighborhood on the South Side is awash with empty lots. Can one group of citizen activists change that by building affordable houses?

Special Guests: Filmmakers Arlen Parsa and Tristan Hanson will be present along with Valencia Hardy and Ken Williams from Housing Bronzeville, who are featured in the film.

Garfield Park Conservatory will also host screenings on April 18 and May 16.

BBF Family Services is hosting screenings on April 28 and May 11.

All screenings are FREE and include a post-film discussions with filmmakers and special guests. All ages, and especially teens, are all encouraged to come! Doors open at 5:30pm with screenings starting a 6pm and light refreshments will be served.