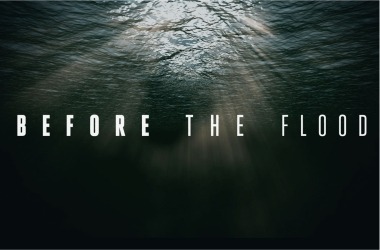 In collaboration with the Illinois Chapter of the American Society of Landscape Architects, Garfield Park Conservatory Alliance is partnering to screen the National Geographic documentary of Before the Flood with a post-film panel discussion about steps we can each take to minimize climate change.

Every person has a unique ability to provide environmental solutions to combat climate change. Join us as we explore the existing climate crisis, as well as the impact individuals and groups can make on our environment. Our panel speakers will discuss the role of the public in helping to slow climate change as we view Before the Flood; a riveting account of the dramatic changes now occurring around the world due to climate change. The film will guide us through climate issues, as well as actions society can take to minimize the disruption of life on our planet. In the words of Leonardo DiCaprio, Before the Flood “shows how interconnected the fate of all humanity is — but also the power we all possess as individuals to build a better future for our planet.”

Jack Pizzo, MS, PLA, ASLA, ICN: Jack is the founding partner of The Pizzo Group and serves as the President, Senior Ecologist, Landscape Architect, and Nurseryman. Founded in 1988, The Pizzo Group is one of the Midwest’s largest ecological restoration firms. He’s the author of the book “Green and Natural Spaces in Your Community.” Jack’s success in the restoration industry has resulted in speaking engagements across the country and Canada.

Kristen Pratt, Manager of Public Engagement and Sustainability at the Chicago Academy of Sciences / Peggy Notebaert Nature Museum: Kristen has led the Nature Museum’s Chicago Conservation Corps (C3) for the past 9 years, training Chicago residents to serve as sustainability leaders in their communities. To-date, C3 Leaders have planned and implemented more than 600 projects, reaching every ward in Chicago.   Learn more at www.chicagoconservationcorps.org.