Best of Black Harvest – West: Tell Them We Are Rising Film and Discussion 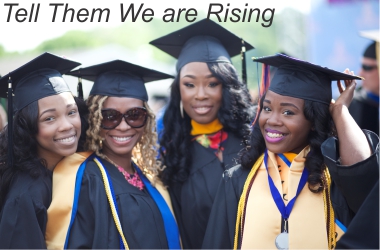 Best of Black Harvest – West: Tell Them We Are Rising Screening + Film Discussion

Tell Them We Are Rising: The Story of Black Colleges and Universities, 2017, Stanley Nelson, USA (feature), 84 min. Director Nelson (BLACK PANTHERS) examines the legacy of historically black colleges and universities, covering such topics as the post-
Civil War “contraband schools;” the opposed educational visions of Booker T. Washington and W.E.B. DuBois; the Golden Age of the 1930s-1940s; the activist 1960s; and the recent challenges faced by a still thriving institution.

All screenings are FREE and include a post-film discussions with filmmakers and special guests. All ages, and especially teens, are all encouraged to come! Doors open at 5:30pm with screenings starting at 6:00pm. Light refreshments will be served.